FROM DISASTER TO RECOVERY

Beyond Hoarding presents a fresh look at hoarding through the stories of people caught in the destructive grip of this compulsion. Their experiences run the gamut from tragic death to courageous recovery. Top mental health experts share the latest insights into this psychiatric disorder which surprisingly affects millions.

As seen on the tODAY show 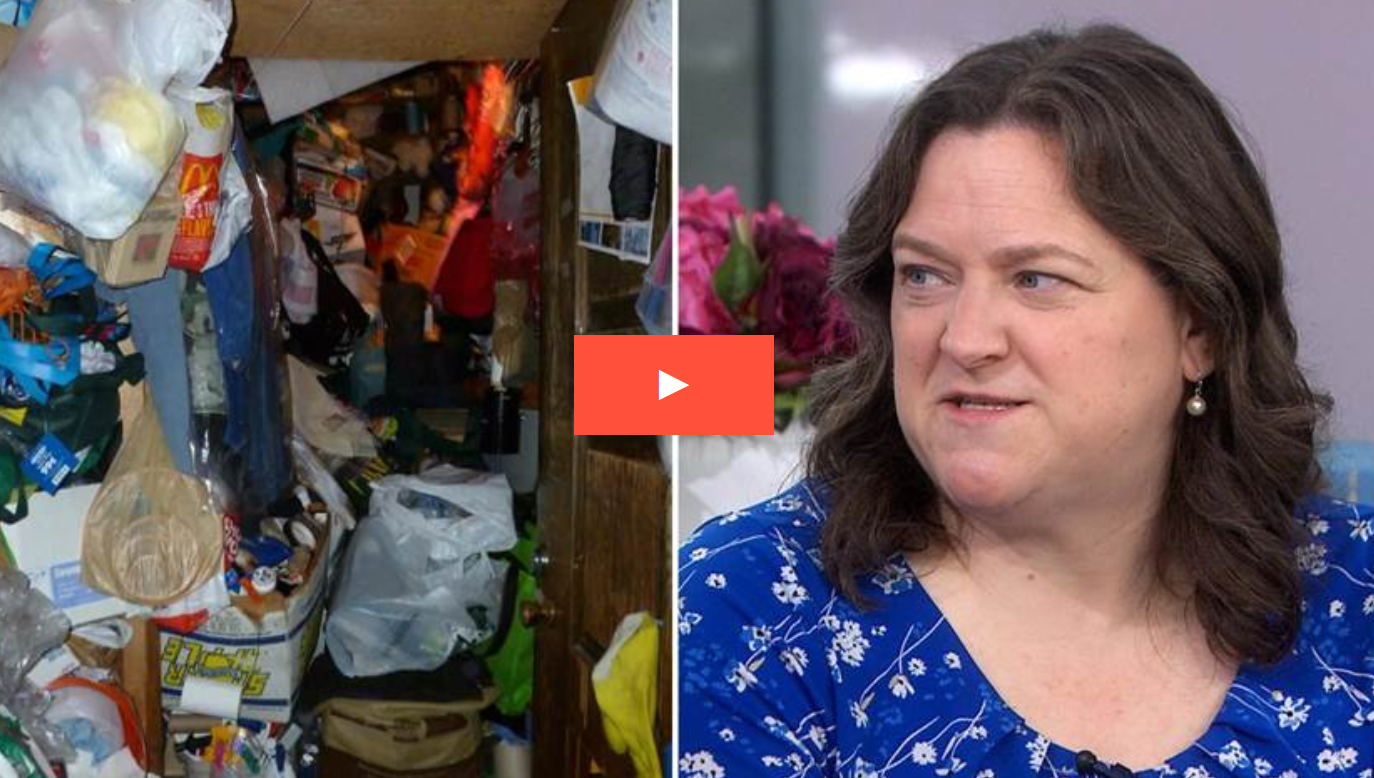 Millions of people around the world suffer from hoarding disorder, but it's often misunderstood by the public.  TODAY welcomes Cindy Stevens, whose father is spotlighted in the new documentary "Beyond Hoarding," and researcher Gail Steketee as they shed light on the epidemic.

"I knew there was stuff in that house but never to the extent that it was."
- Hillary Estner

order now from these retailers

iTunesAMAZON PRIME VIDEO
Best Buy
(Blu-Ray)
Target
(Blu-Ray)
Amazon
(Blu-Ray)
Best Buy
(DVD)
Target
(DVD)
Amazon
(DVD)
Beyond Hoarding illustrates just how distressed family and friends often become due to the "ripple effect" of hd.  They try to keep their loved ones who are caught in the hoarding vortex of stuff, squalor and danger, safe from injury, eviction, and worse.
THERE IS TREMENDOUS IGNORANCE ABOUT HOARDING. IT’S TYPICALLY SEEN AS MERE SLOPPINESS AND LAZINESS BUT IT’S ACTUALLY A PSYCHIATRIC DISORDER THAT CAN BE TREATED.
Hoarding Disorder (HD) is surprisingly common. An estimated six to fifteen million people suffer from HD at a diagnosable level. That is

of the U.S. population.

Some municipalities have formed a Hoarding Task
Force to try and prevent hoarding calamities.

What people are saying

I think the number one most important message that any of us can get out to the public is that hoarding disorder is, in fact, a neuro-psychiatric disorder and secondly that it's treatable.  What it is not is laziness! What it is not is an unwillingness to get with the program and live correctly and clean up your house.  It's that these folks really can't do that without the proper treatment.

Professor of Psychiatry, University of California, San Diego
Most of the people that we meet in middle-age who have it, remember that it started in their teenage years.  And by the time you're in your late age you have collected quite a number of things and if you can't get rid of any of them, then you're certainly going to be in trouble.

Co-Author of "Stuff: Compulsive Hoarding and the Meaning of Things"
My bedroom was definitely a health hazard.  I had a lot of stuff that was stacking up and so I put boxes on my bed and then it got to where at nighttime I'd just move the boxes to the side 'cause I didn't have anywhere else to put them.

In Recovery from Hoarding Disorder
For decades I have wanted desperately to have this place the way it was when I first moved in and could invite friends over and broil fish for dinner and play mine host, and haven't been able to do that for, for an, many years.

Struggling with Hoarding Disorder
“Looking from my Dad's point of view, everything has value to him. Everything can be reused, repurposed or something.” I think the stuff and the clutter has hindered him because he's always saying, “I need to sort and I need to organize.” But it seems like that's all he says he does.

Family Member
At some point in time you realize that you have a problem. It screws up your relationships with your family. I feel that I've hurt them through my hoarding.